Israeli soldiers destroyed an explosives workshop in Nablus, the army said Tuesday morning, in a major raid on the West Bank city that sparked intense clashes, killing five and injuring more than 20, according to Palestinian health officials.

Explosions and gunfire rang out for more than an hour in Nablus after a large convoy of Israel Defense Forces vehicles entered the West Bank city before 1 a.m. Tuesday. Nablus has been at the center of weeks of operations targeting the Lion’s Den terror group, responsible for a series of attacks on military positions, settlements and elsewhere, according to the IDF.

“A joint force of IDF soldiers, Shin Bet security service operatives and counter-terrorist forces raided a hideout in the Old City of Nablus that served as a bomb-making workshop for central members of Lion’s Den,” the IDF said in a statement following the attack. raid.

“The bomb-making workshop was destroyed by our forces,” the army said.

The army said soldiers opened fire on a number of gunmen, citing Palestinian reports of casualties. He added that the soldiers also fought back when they were shot during riots in the city.

“During the operations, dozens of Palestinians burned tires and threw stones at the soldiers,” the army said. 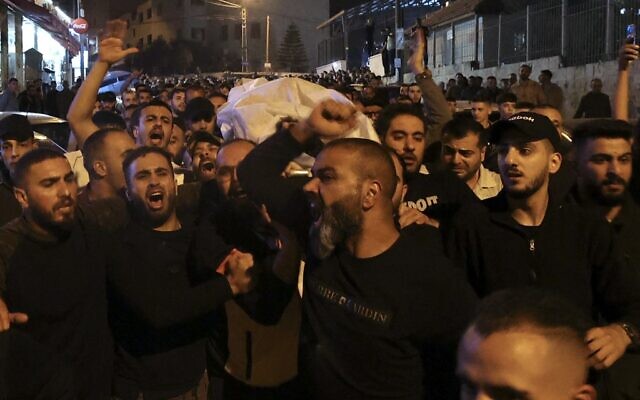 The IDF said no soldiers were injured during the night operation.

The Palestinian Authority Health Ministry reported that five Palestinians had been killed in Nablus and more than 20 injured, several seriously.

He also reported that a sixth person had been killed in clashes with troops in Nabi Saleh, near Ramallah. The Israeli army said the man was shot dead by soldiers after throwing an explosive device at them.

Al-Houh was a senior and founding member of Lion’s Den, according to Israeli officials and Palestinian media.

Palestinian media also identified the other men killed as also members. The group did not immediately comment on the operation against it.

“Israel will never be deterred from acting for its security. Part of this squad includes people who injured Ido Baruch, and the moment they injured us, IDF soldiers and Israeli civilians, they should know it will end badly,” he added, referring to a soldier killed in a shootout near Nablus last month.

Defense Minister Benny Gantz said Tuesday morning on Twitter that “there are not and will not be sanctuary cities for terrorists.”

“We will continue to act against anyone who tries to harm the citizens of Israel, where and when necessary,” he added.

Palestinian Authority President Mahmoud Abbas was making “urgent contacts in order to put an end to this aggression against our people”, his spokesman Nabil Abu Rudeinah said as fighting appeared to rage in Nablus.

In a later statement, Abu Rudeinah said the deaths are “a war crime and the Israeli government bears full responsibility for its consequences.”

Palestinian media reported that calls were being made for a general strike in Nablus on Tuesday. 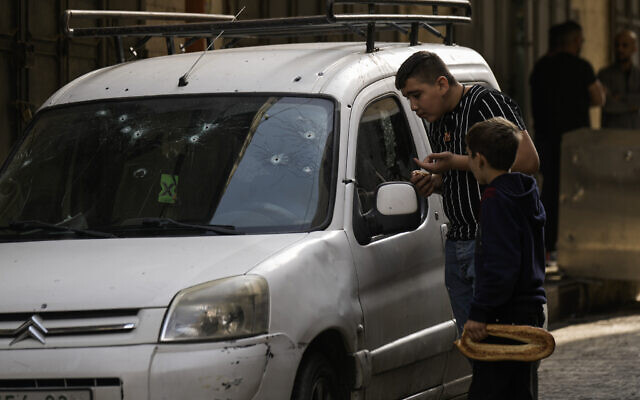 Separately, the army said that Palestinian gunmen opened fire on the Salem Crossing in the northern West Bank early Tuesday. The checkpoint and adjacent base have been the target of numerous shootings in recent weeks, leading Gantz to order it closed.

The IDF said the soldiers returned fire to the gunmen, then arrested one of them at their home in the town of Rummanah.

Two other wanted Palestinians were arrested in nighttime raids in other parts of the West Bank. 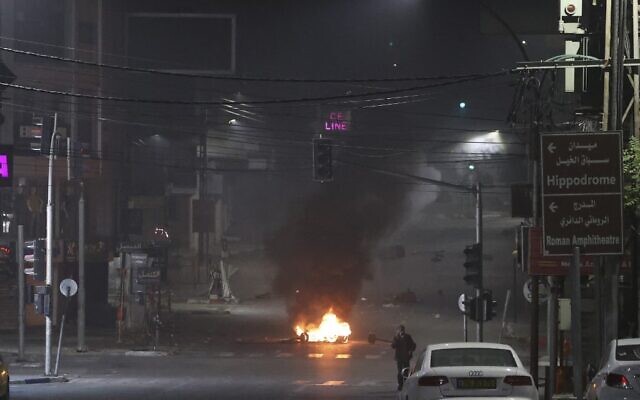 After the Nablus operation early Tuesday, the Palestinian Islamic Jihad said in a statement that its “fighters were involved in violent clashes” with Israeli forces in Nablus and threatened Israel with reprisals “against these crimes” there.

Palestinian reports claimed that members of the PA security forces were caught off guard by the raid and also opened fire on Israeli troops, who returned fire, causing injuries.

The raid was the latest in the city to target Lion’s Den, a newly formed group made up of members of other terror organizations that has claimed responsibility for a series of attacks in the weeks since Israel killed Ibrahim al-Nabulsi, a member of the Al-Aqsa Martyrs Brigade in late August.

An Israeli soldier – Staff Sgt. Ido Baruch, 21, was killed in an attack by the group and a second person was lightly injured in another assault on civilian vehicles. Other attacks were ineffective, but videos of the shootings uploaded to social media helped her gain huge popularity on the Palestinian street in a short time.

On Saturday evening, a Lions’ Den fighter, Tamer al-Kilani, was killed in the old city of Nablus by an “explosion” attributed by the group and the Israeli press to a bomb activated remotely by the Israeli army. The army has not publicly commented on these allegations. 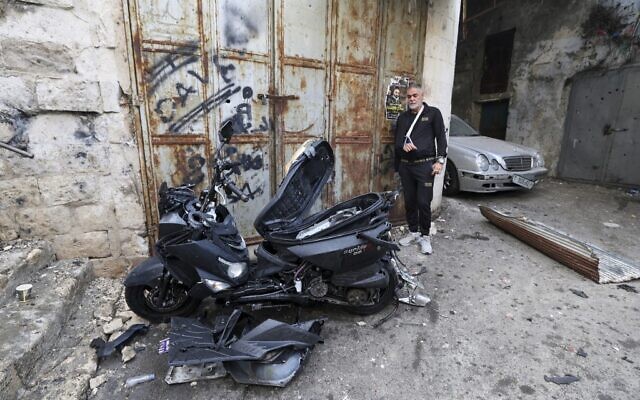 Palestinians gather around a motorbike, which was allegedly used to kill Tamer al-Kilani, in the old city of Nablus on October 23, 2022. (JAAFAR ASHTIYEH / AFP)

A defense official said Kilani, previously imprisoned in Israel, was directly involved in sending a Palestinian to try to carry out a “large-scale” attack in Tel Aviv last month, among several other shootings in the city. Nablus region.

Tuesday’s statement accused Lion’s Den of foiling the attack in Tel Aviv, which was foiled when the would-be attacker was searched by Jaffa police, who found firearms and improvised explosives in her bag.

He also said the group was responsible for planting a bomb at a gas station in Kedumim settlement, attempting to carry out a bombing attack on Har Bracha settlement and launching a fragmentation grenade on troops stationed in Nablus. 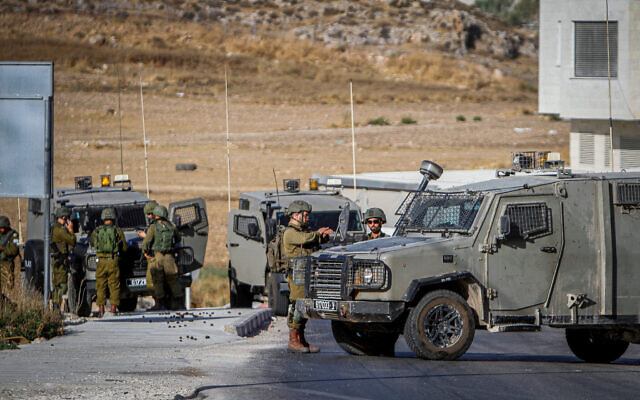 Israeli security forces conduct a search operation following a shooting in the West Bank village of Salem, near Nablus, on October 2, 2022. (Nasser Ishtayeh/Flash90)

Tensions in the Nablus area have escalated in recent weeks, with the Israeli army cordoning off the Palestinian city to clamp down on Lion’s Den.

The pressure has been exacerbated by increasingly frequent assaults by settlers in the region angry at the army’s inability to rein in the groups, which has taken down Palestinian frustrations in Huwara and other towns adjoining the settlements.

A counterterrorism offensive launched earlier this year and focused on the northern West Bank has resulted in more than 2,000 arrests in near-night raids. It also killed more than 120 Palestinians, many – but not all – in attacks or in clashes with security forces.

The IDF’s counter-terrorism offensive in the West Bank was launched following a series of Palestinian attacks that killed 19 people earlier this year. Another Israeli was killed in an alleged attack last month, and four soldiers were killed in the West Bank in attacks and during arrest operations.

AFP contributed to this report.